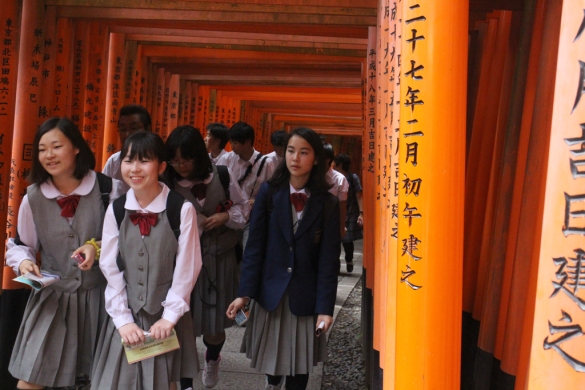 On our second full day in Kyoto, our legs so tired from walking so much, we decided to rent bikes so we could get around the city a little easier and see more things that are farther apart. Turns out the bikes we rented were fixies, so we ended up wrecking our legs in a whole different way.

Here are some highlights, followed by the photos I posted to Instagram that day:

As we were getting ready in the morning, I heard someone talking outside. I looked out the window and saw the delivery truck pulling away. When were about to head out, there was a little package containing the bag Jason had left on the train. 🙂

We rented bikes from a place a couple blocks away from Kinse Inn. I have no idea what it was called, because the name was only in Japanese. The bikes were just ¥500 a day, but we had to have them back by 6pm.

We set off and my forearms were already a little sunburned from yesterday, and they were getting pretty hot again. I had noticed a lot of women wearing disembodied sleeves along with their short-sleeved shirts, and I thought that was a weird fashion choice, but now I understood why. So, when we passed a giant store called Life, I stopped in to buy some. It may seem counter-intuitive, but I felt  lot better once my arms were covered.

Our first stop was Fushimi Inari, the shrine with all of the beautiful vermilion gates. It was, in fact, beautiful. And it creates a lot of great photo opportunities. Which is probably why you see so many tourists dressed in rented geisha outfits.

We then biked along  canal for a while, on our way to an area called Pontocho. I’m not sure if it’s a street or if that’s just what the area is called, but it’s a narrow street with tons of interesting looking restaurants. Unfortunately we were a little too late for lunch, and way too early for dinner, so we decided to come back later for a meal.

Then we made a stop at Kyoto University, something Jason’s been talking about for a while. Apparently it’s a significant plot point in a lot of manga, so he wanted to visit the gate and take a few photos, but we didn’t stay long.

Then I lost my mind a little. I really wanted to go to Ryoan-ji and see the rock garden. Jason kept telling me we weren’t going to make it in time, or get our bikes back in time if we tried, but I stubbornly pressed on. We made it almost all the way there, and we had been biking uphill for a lot of the way (on fixies, don’t forget!), and I finally had to face the fact that we probably would’t make it, and even if we did we would be so tired and hot and miserable by the time we got there, we would hardly be able to enjoy it. So we turned around and rode back to the rental place – thankfully it was mostly downhill from there. We got there about 15 minutes before it closed.

We cleaned up and rested at our place for a little bit, and then went for a late dinner at a Korean BBQ place around Pontocho. It was excellent beef, and so much food.

Walking tally: Even though we were mostly on bikes today, Fitbit seems to think I walked 26k steps, which would be a little over 11 miles and would give me a total of 91.5 miles of walking for the trip so far. I feel like that’s representative of the effort I put into biking today, so I’m going to take it.

And here are the photos I posted to Instagram on this day: 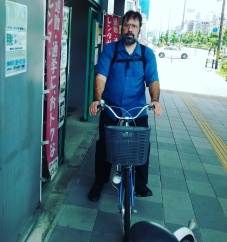 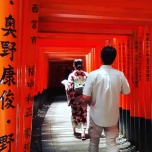 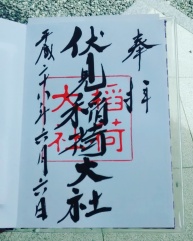 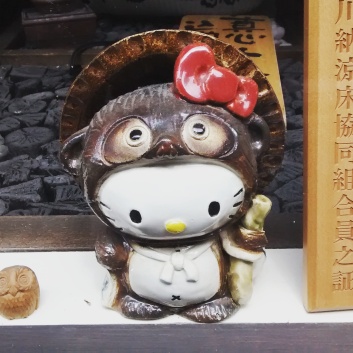 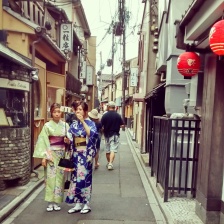 Certification for our meal’s beef

And there are a lot more photos from this day in this set on flickr (with photos from June 7th also).

There was an error retrieving images from Instagram. An attempt will be remade in a few minutes.

Not sure if this was a real vending machine that sold artwork and other random things (but just happened to be powered off), or if the whole thing was, itself, just an art installation... but it was cool.
Lime snowball
NOLA
Lunch at Sneaky Pickle: Pickled Vegetables, Vegan Mac & Cheese, and a Soy Soft Boiled Egg. Mmmm