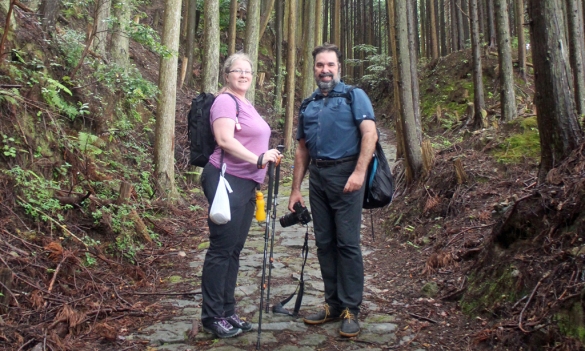 On June 12 we started a 4-day walking tour of the Kumano Kodo Pilgrimage trail. It will be easier to describe the trip as a whole, so I’m going to cover the first three days (when we were doing most of the walking) in one post. Here are some highlights of the trek, followed by the photos I posted to Instagram those days:

First of all, it was a good thing we did our packing the night before because we woke up about an hour later than we meant to. Luckily we had planned to leave plenty of time for various unknowns, so we weren’t in trouble, but we had a lot less slack in case anything went wrong. We are quite fortunate that in Japan most things work really well (if you don’t get lost or confused or distracted). So we took a taxi to the train station, found the luggage room, which was already open at 8:50 am, even though it was supposed to open at 9am, and dropped off our bags. That went so smoothly that we had plenty of time to buy food before the train left at 9:32.

Now, when I say we were “on a walking tour,” I should clarify that it was a self-guided tour. The company gave us maps and info, booked the train tickets and the lodging for each night, and then we were on our own for the actual trek. When we were on the train, we noticed that the two women sitting in front of us appeared to have materials from the same tour company.

We said hello and it turned out that they were, in fact, on the same self-guided tour, only they had a 6-day version. That’s how we met Lee-Anne and Tracy, two lovely Australian women who would be our occasional walking companions, dining companions, bathing companions, and laundry companions over the next few days. They stood up and talked to us for a while, until a helpful Japanese person pointed out that you can pull a lever and turn the seats around so that they could actually sit and face us and we could continue to talk.

Lee-Anne and Tracy are a little older than Jason and me, but they were way more fit and way better prepared for the walking/trekking/hiking part of this experience (though, we had them beat when it came to snacks). They probably saved my life by lending me walking sticks each day. I don’t know if I would have made it through the first 2 days of walking without those sticks. And we all helped each other interpret the sometimes odd or vague directions in the guide book.

The first day of walking was scheduled to be 2 hours. We were dropped off at an information center where we got ourselves set up and then the four of us set out. We were cheerful, we were taking selfies, it was all very fun. Then we discovered that much of the trail was a steep climb. And then it started raining pretty hard. We kept up with our Aussie pals for a little while, but eventually we told them to go on ahead. It took about 3 hours in total – that doesn’t seem like a lot, but it was 150% of the time it was supposed to take!

The second day of walking was longer (different accounts estimated 4, 5 or 6 hours), but it was a lot less steep. The weather was also nicer – it was overcast and there were a few light showers, but there was no heavy rain and that was much preferable to intense sun. We kept up with our Aussie friends for the first hour or two, then they took off. We caught up with them again later at a rest stop about 2 km from our destination. Along the way we saw lots of beautiful forest, shrines, rivers, a whole bunch of orange crabs. It was amazing. Oh, and I slipped on a large smooth rock path and landed on my butt. Hard. I wasn’t injured, but I sat there and cried like a baby for a couple minutes until I was ready to press on.

On the third day we had a choice – we could choose the “arduous” route (8-9 hours), the “moderate” route (6-7 hours) or the “easy” route (2 hours).When we started this tour Jason and I were arguing about whether we’d go with the arduous route or the moderate route. After day 1, he was leaning more towards moderate. But mid-way through day 2 we were both convinced that we weren’t prepared for anything but the easy route. Lee-Anne and Tracy were going to take the arduous route, so at breakfast we wished them luck and saw them off, and then we packed up and took a bus most of the way to the end point and walked the last bit. It was still challenging in parts, but we were better able to enjoy the landscape, and we arrived at the destination temple in Hongu just as the monks were chanting and playing drums. It was pretty impressive – I felt like I got a small taste of what it must be like to be on a pilgrimage and arrive there.

Evening: The lodging and meals

The treks were exhausting, but at the end of each day we’d arrive at a local inn or onsen (an inn with hot springs), and that almost made up for how broken we felt. Each one had a different character, but they were all warm and welcoming, all had lovely hosts, all served vast, incredible meals, and all had soothing hot baths and comfortable bedding.

The first night we stayed at Kirinosato Takahara. The place was eclectic and lively. When we arrived, a guitar concert was taking place in the main room – which was also the reception area and the dining area. We didn’t know what we were walking into, but the owner, Jian, whisked us off to a table to watch some of the performance while they got the information together. Then he showed us to our room. It was a small but comfortable room with incredible views of the mountains below, there was a room where we could hang our wet clothes to dry them out, and after the concert had ended and we’d all had a hot bath we sat down to a huge, delicious meal. Then there was more music, but we were so exhausted we had to go to sleep. In the morning we had a generous Japanese breakfast and then they sent us on our way with packed sandwiches and bananas.

The second night we stayed at Minshuku Chikatsuyu, which was a small family-run place (operated by a man & wife, and their son & daughter-in-law) that felt more like a traditional Japanese inn. This one was in a valley, next to a river, the shared baths were in a separate building and were fed by hot springs. Dinner was delicious and included things like sushi, shabu shabu, and fried whole fish. The father of the family enjoyed talking with each of us, and he gave us some great advice about which bus to take the next day (better than the suggestion made by our tour company). We slept on super comfortable futons in our tatami mat room and we slept great. The next morning we had a more western style breakfast, with fruit, soft-boiled egg, and pastries.

The last night we stayed at Yunomineso, a larger ryokan that employees mainly young people who have studied to work in the hospitality industry. This one is just a bit down the road from Yunomine Onsen – a small town that seems to consist of a temple, a couple shops, and several hot springs surrounded by a whole bunch of inns and guest houses. At first I thought it was odd that they’d put us in a place that was isolated, but then I realized that all of those places have to share the public onsen, while our place had their own private onsen – it was super hot, and had both indoor and outdoor pools. We got there early enough to walk into the town, which I mainly wanted to do because the map showed a symbol for something labeled “eggs for cooking” and I had to find out what that meant. Turns out there’s a little shop where you can buy eggs in a plastic net and cook them in the hot spring! So weird, we had to do it. This is what we were doing when Lee-Anne and Tracy arrived (having hiked for about 10 hours), and we all went back to the ryokan and soaked in a hot spring in the cool mountain air and then had another incredible dinner of many, many courses.

Walking tally: Fitbit says I walked the following each day:

And here are the photos I posted to Instagram on these three days:

At the mountain inn

The mist in the mountains

First aid on a bruise 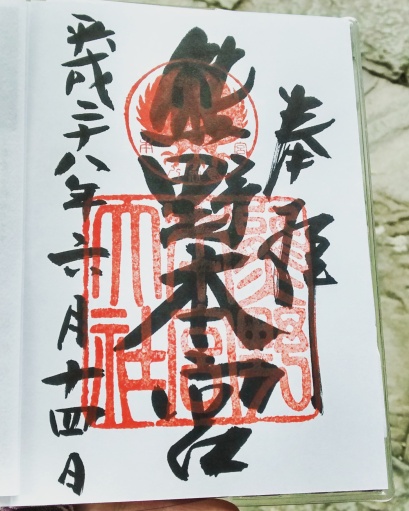 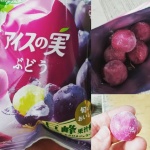 At the onsen, night 3

Eggs boiled in a hot spring

And there are a lot more photos from these three days in this set on flickr.